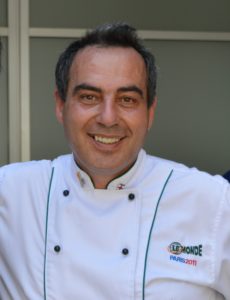 "Hellenic Paths Organization", The philosophy of the Hellenic paths is to maintain, to cultivate and to pass down to the next generations the immortal Greek spirit and our love for Greece to all Greeks that they live abroad all to people that they feel as Greeks "Anybody can be a Hellene (Greek), by his heart, his mind, his spirit..." (Socrates)

The whole procedure is based on the triptych, primary production, culture, interactive tourism. It’s a two-way approach since the food is framed , identified and highlighted by the culture of each region, while the culture, the history of the region are reflected on the dishes that is to say the real roots of the food. In that way the whole purpose of our effort is not only to get to know the dishes but also the products, the legends of the region that is the total tourist product of each area.
Environmental Actions
Volunteering
Events
Exhibitions
Alternative Tourism
Local Products Promotion

Manager of food services for the Sumo team of Japan

On the 2004 Athens Olympics, with traditional Greek dishes